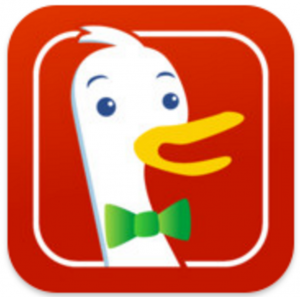 DuckDuckGo is a relatively new search engine that is making waves in the world of organic search. This private engine has experienced massive growth since its birth a few short years ago. You may be asking yourself why you should be concerned with this search engine. After all, Google continues to dominate the market. However, experts predict that an ever growing chunk of your website traffic will be coming from this search engine soon.

Another reason to keep an eye out for DuckDuckGo is that tech fans can’t get enough of it. This means that its popularity is only going to continue growing as more internet savvy people become aware of it.

The average amount of time that users spend on site with a DuckDuckGo search is an impressive 9.5 minutes. When compared to the on site time of a Bing search, at 7.5 minutes, it is clear to see how DuckDuckGo are storming ahead. However, arguably one of the best features of this search engine is that it offers the privacy options that Google simply does not. They won’t save your search history or keep a record of it in any way. In the eyes of many internet users, this is a huge advantage and exactly what they are looking for with their search engine usage. As more people become aware of this fact, it is to be expected that the number of users will only continue to grow.

With the increasing likelihood that DuckDuckGo is set to become a major search player in the not so distant future, it would make sense for marketers to begin optimising their sites for it. Failure to incorporate DuckDuckGo into marketing plans now could soon lead to losses as its international user base grows.

DuckDuckGo is already a profitable business that has done well to emerge in an already crowded market. Early adoption could be one of the best things you do for your marketing strategy in 2016.

« How to Succeed With Social Selling
Pinterest Tools For Marketers »

If you would like a free of charge consultation meeting in order for us to discuss the services we can offer you, please request a call back and we will follow up as soon as possible.