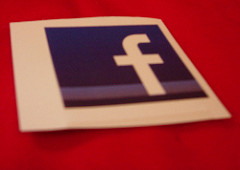 With every year comes innovative new changes to the way we use social media for a wide range of purposes. 2015 was obviously no exception to this trend and the way that marketers in particular use social media platforms was, in many ways, changed for the better. Conducting business and promoting businesses online has improved vastly during this last year with several exciting developments.

Social media growth in itself has been an interesting topic to watch with advert revenue across social media channels predicted to have been approximately $23 billion so far. Facebook and Twitter seem to have dominated in this regard with their profits continuing to increase. Instagram has also become a strong contender during this time and is predicted to make several billions of pounds in ad revenue in the coming years.

Data shows that more than 40 million brands are currently using Facebook to promote themselves and reach out to customers. Data also shows that more than 90% of businesses use at least two different social media networks with the intention of reaching out to larger numbers of people.

During 2015 a selection of smaller networks began to show some serious promise. Periscope, an app owned by Twitter, grew to have 10 million users in the last year. Similarly, Snapchat has continued to expand and now has approximately 200 million monthly users sharing 6 billion videos each day.

So how are the most prominent social media platforms changing for the better and how can marketers make the most of this? First of all, an increase in the depth of analytics tools has revolutionised the way that businesses reach the right people. Advertisers are now able to see much more information about their target audiences, as well as additional information about those who are actually engaging with their adverts.

Direct sales via social media websites is another new innovation that appeared in 2015. Giving businesses the opportunity to sell to consumers without that consumer ever having to leave the social site has been great for increasing sales. Not only does this increase trust in the brand but it also saves the consumer time during the transaction process.

As we venture into 2016 it remains to be seen how social media will continue to improve the online user experience. However, if the progress of 2015 is anything to base this on then we are in for an exciting year ahead with many new and interesting things to look forwards to.

If you would like a free of charge consultation meeting in order for us to discuss the services we can offer you, please request a call back and we will follow up as soon as possible.