The Fuel of Social Media Addiction 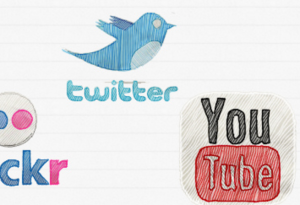 The rate at which social media continues to develop is even astounding the experts. For the most part, the popularity of online networks shows no sign of slowing. It is fair to say that it is changing the way many of us live our day to day lives and is consuming an increasing amount of our time. Some people are quick to label social media as an addiction, and of course in the case of some users they are correct. You can’t walk down the high street or sit on the train without seeing one or more of the people around you absorbing information from their online social networks. But what is it about this technological advancement that has got us so hooked?

END_OF_DOCUMENT_TOKEN_TO_BE_REPLACED

Gaining a strong following when it comes to social media is no easy task. With so much competition and other causes clogging up people’s news feeds, it can be extremely difficult to get your voice heard. However, holding onto that following once you’ve established it is also no walk in the park. Recent research has suggested that the average American now spends more time on social media than any other online activity. That includes, gaming, checking emails and just generally surfing the web. The majority of business owners have already realized this and are spending much more time and effort developing their brand in this arena.

END_OF_DOCUMENT_TOKEN_TO_BE_REPLACED
If you would like a free of charge consultation meeting in order for us to discuss the services we can offer you, please request a call back and we will follow up as soon as possible.