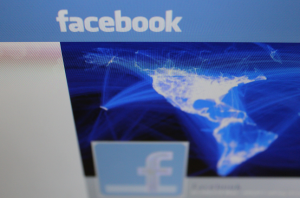 Facebook have recently launched their Instant Articles service which allows people all around the world to publish content directly onto the social platform. The purpose of this service is to allow publishers to create interactive articles that provide an immersive reading experience for Facebook users. Facebook’s intentions with this new service are to connect their users with the content that they enjoy while also giving greater control to publishers.

END_OF_DOCUMENT_TOKEN_TO_BE_REPLACED

One week ago, on Tuesday the 21st of April, Google rolled out its latest algorithm update targetting websites that aren’t optimized properly for mobile. This is the first time in the history of the search engine that mobile optimization has been used as a ranking factor. Fortunately for many, news of the update was released far enough in advance that site owners could prepare if they weren’t already mobile friendly.

For a change, Google was incredibly forthcoming with information regarding the update and even released guidelines to demonstrate best practices. These guidelines have helped countless businesses avoid a penalty in this past week. If your site has suffered then it’s certainly not too late to bring it up to code.

END_OF_DOCUMENT_TOKEN_TO_BE_REPLACED
If you would like a free of charge consultation meeting in order for us to discuss the services we can offer you, please request a call back and we will follow up as soon as possible.