The Unity of SEO and PR 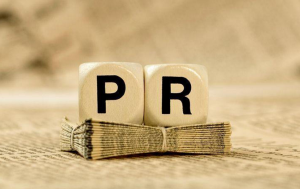 SEO and PR are historically two very separate concepts that have moved closer together in recent years. These are now two business strategies that should generally always go hand in hand when considering the digital success of a company. A comprehensive SEO strategy will always compliment a PR campaign, and vice-versa.

END_OF_DOCUMENT_TOKEN_TO_BE_REPLACED

What’s in Store for the Future of PR?

It has been said the PR industry is starting to show a resemblance to the economy in America. That is, those at the top are continuing to thrive and make huge profits whereas the smaller firms are being squeezed out. That’s not to mention those who fall somewhere in the middle of this spectrum, numbers of which are declining.

It is becoming evident that PR is divided into three separate areas of specialty. Those are Advocacy PR, Traditional PR and Social Media PR, the latter option of course being a relatively new emergence in the digital world. There are of course firms that are able to provide all three of these services but in order to do this effectively, they will have invested a great deal of time and resources in becoming experts in each field.

END_OF_DOCUMENT_TOKEN_TO_BE_REPLACED

One of the truest facts of business is that you can never have too many clients or customers. Being overworked is a sign that your business is a success and it means that the time to expand is upon you. As your company grows, you may decide to cut back on certain marketing techniques such as paid advertising and SEO, but this could actually be a huge mistake. Just because your business is successful now, doesn’t mean that the trend will continue and being persistent in your efforts is pivotal to continued success. You never know what each new client or business relationship will bring so it is essential that you maintain a solid marketing strategy that continues to bring new leads.

END_OF_DOCUMENT_TOKEN_TO_BE_REPLACED

SEO for PR: The Best Way to Get Ahead Online

PR consultants are constantly seeking new and better ways to access the public and promote their clients. Whilst print is certainly not dying out any time soon, the online world has opened up a whole new opportunity for PR to be successful – or to flounder. To those unfamiliar with the relation between SEO tactics and public relations, the transition from the traditional PR agency methods to the ways of online marketing can be quite daunting.

PR companies are increasingly being required to fulfil multiple roles, that of digital marketer and online specialist, as well as being the typical PR guru. Though most PR experts understand the role of Twitter and other social media in managing a person or brand’s profile, the full range of support that SEO for PR can offer is often overlooked.

END_OF_DOCUMENT_TOKEN_TO_BE_REPLACED

The Importance of Web Presence

Though the reliance on brick-and-mortar establishments is never likely to cease, the increasing prevalence of websites for company promotion is becoming hard to ignore.

The first port of call for many consumers and companies for information on any product or service is likely to be online. According to leading marketing experts, a huge 91% of adults using the internet are using search engines to find information. With statistics like this, it’s clear that having a web presence is extremely important for business success. Doing a bit of online PR can make revenues soar, simply because a company’s client base is extended to cover the entire globe. Anyone can access the company’s offerings with the click of a button, and this ease of access is proving to be the way of the future.

END_OF_DOCUMENT_TOKEN_TO_BE_REPLACED
If you would like a free of charge consultation meeting in order for us to discuss the services we can offer you, please request a call back and we will follow up as soon as possible.